Too Fat To Get A Job?

A recent conversation with a business journalist started with the bizarre comment that her research had uncovered that ‘Fatism’ didn’t really exist in recruitment.

I nearly spat my Gin & (light) Tonic out.

Fatism exists in life, and most certainly in recruitment. First Impressions count for everything. I blogged on this subject last year and it remains one of the top-10 weekly viewed pages on this site.

As the British nation has become ever more overweight, so our defence of being overweight has increased – as has our obsession with defending the obese person’s right to be overweight.

Statisticians agree that the number of obese people in the UK has rocketed in the last past few decades. A recent BBC survey stated that adult overweight/obesity in the UK is currently running at 68% (up from 64% at the beginning of this year!) against a global average of just 34% (up from 27% and 23% respectively in 1980). Predictions are that 80% of men and 70% of women in Britain will be overweight/obese by 2020.

A by-product (or cause?) of our increasingly overweight/obese nation is the increasing societal acceptance of obesity, and vilification of those who speak out against it. Few can make a coherent argument for obesity on health, wealth or social grounds.

economic impact of obesity to the UK as nearly £47bn, generating an annual loss equivalent to 3% of GDP (not dissimilar to the worst GDP drop from the 2008 recession). This places Obesity as more costly than “armed violence, war and terrorism”, and the second greatest economic impact to the UK behind smoking.

And yet, the defence of obesity has never been greater.

The first when Alan Sugar asked ‘plus-size’ Beauty Queen Elena Raouna (who stated her size as being between 18 and 22) if he could call her “Fatty” in response to her tweet to him asking if she could call him “Sugar”. It spurred literally 1,000s of comments demanding his dismissal from BBC The Apprentice and supporting Ms Raouna telling her how beautiful she looked, much better than the ‘stick-thin’ models the media usually favoured.

Picture that caused the ‘too-thin’ comments

Conversely, last week, Cheryl Fernandez-Versini was pictured on holiday with her husband, without make-up on and not looking like a ‘plus size’ beauty queen. She again got 100s of comments telling her how thin and ill she looked, how she was a poor role-model, how she needed to eat more and generally criticising her for her body shape.

Cheryl even reacted personally to one of the messages via Instagram:

From experience of this blog, first-person defence of obesity typically falls into two categories:


1) Highlighting that the average UK women is a size 16 (and weighs 11 stone) anything around that is ‘normal’ ans had become the barometer. Ditto the average weight/waist size of men.
2) The even more sensationalistic argument that tackling obesity leads to body image which in turn leads to eating disorders which are on the rise and is a more costly issue to society.

What of those arguments?

1) The average UK man and woman has steadily increased over the past 50 years. The average UK man has gone from 11st 2lbs to 12st 6lbs with waist/chest going from 34in/37in to 37in/42in. His female counterpart has gone from a size 12 to a size 16 and from 9st 12lbs to 11st 5lbs. These growth statistics should surely not be a defence or a target, they should be a stark warning. Defending what would have been 20% above average as now ‘normal’ just because more people have likewise got bigger becomes dangerous. Accepting what has become normal becomes self-destructive. Had we accepted cancer survival rates of the 1950s, and not sought to improve on them, today’s 50%+ survival rates would have been a pipe-dream.

2) The Independent estimates that there are more than 600,000 people affected by a form of eating disorder in the UK [Feb 2015], with the NHS stating such figures might even be double that, breaking a million people if we include those who are ‘off the radar’ – just less than the 1.5m classed as morbidly obese. Two numbers we cannot ignore. Medical assistance levels have increased to 6.5%, up from 6.4% in 2007. Does tackling the 31 million people who are classed as obese really present a worse threat to the current level of 600,000 (or 1 million) suffering from eating disorders?

Regardless to the validity of the arguments, reasons and excuses; the number of obese people in the UK is increasing. Even if we reversed current trends and got back to obesity levels of just 20 years ago, the UK would avoid five million disease cases. [Source: Alison Tedstone, Chief Nutritionist at Public Health England]

What we can read into the above is that moderation (and common sense) needs to be applied. The assumption that stemming the tide of obesity will automatically lead to an equally great societal problem with Eating Disorders is no closer to common sense than expecting every person to hit the gym 7 days per week, reach athletic levels of body-fat and have a six-pack by August.

Health, Fitness and Clean-Eating are close to my heart. Daily gym visits and a macro- 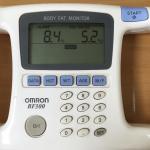 nutrient calculated diet see me now maintain body fat levels below 10% and lifetime best muscle definition and ‘bumps’ to make me feel good on the beach. My obsession has undoubtedly tipped the other way, but such focus is not required to curb obesity. My health & fitness interest has become a lifestyle choice. Led by vanity, then health, but with huge positive impact in stamina, energy and cerebral performance, as well as not having a day ‘sick’ for over three years.

The glacial flow toward increased morbid obesity requires but a tiny part of that lifestyle choice, much of it coming from education, most of the rest coming from accountability and discipline.

So as the number of overweight/obese people increase, and thus the average weight of people increases, so Fatism in the workplace and in recruitment is surely becoming a lesser issue due to its prevalence?

Right from the moment a candidate walks into an interview setting, they are at a massive disadvantage if the overriding impression created in the first few seconds is ‘Big lady’ or ‘He’s overweight’. Or worse.

But the prejudice against obesity is not just about First Impressions. For the massive majority of obese individuals, their obesity is seen as a window into their lifestyle and their control over it. For executive appointments, a very often cited comment about overweight candidates is that “If an exec can’t look after themselves, how are they going to look after my business”.

Beyond that, and health/liability issues, there are the implications from a client-facing executive acting as ‘the face of the business’. Few businesses would want the face of their business to be morbidly obese.

From a leadership perspective, many of my clients would question the comparative influence and leadership ability an overweight exec would have over his team(s) compared to his/her athletic counterpart…..in these two regards, overweight is just another aspect of visual appearance. The scruffy Vs neat exec would have the same issues. As would the exec with his dinner spilt down his suit jacket. Think of the world’s greatest business leaders in the modern world, few would be classed as obese; even fewer were overweight on their march to the top.

On the whole, during the recruitment process and in life, we are unable (or not allowed) to screen for a wide breadth of psychological and behavioural traits from depression, to alcoholism/drug addictions; to obsessions from eating, to fitness, to sex. Accordingly, rightly or wrongly, we judge on what we can see, and make life and lifestyle choices on that basis, especially when cultural and chemistry fit is so critical, such as in executive recruitment.

Despite the laws, guidelines and the promotion of positive discrimination promoting the less able because of their gender, age, marital status, disability, religion, sexual orientation etc, most business leaders still WANT the best person for the job. Skills, experience, ability and above all Chemistry fit will always be the most important attribute, but appearance, health and the (at least appearance of) well-being, both internally and externally, are ever more important. Humans rank heavily on visual appearance whether we like it or not.

Discrimination is wrong. Whether on a person’s age, sex, marital status, race, disability, religion or belief or sexual orientation. Weight discrimination is not illegal (although it is in parts of the US, so watch this space within the EU!). That doesn’t mean that it doesn’t take place, especially when well within the law.

Some people will perfectly justifiably not wish to work for someone who bases hiring decisions on anything other than raw ability. Others will fight for equality and fight for their right to be considered no matter what their BMI.

My recommendation is always to understand the world and environment you are within, and/or seek to be within, and maximise your chances of success within that environment. Body shape is just one of those factors. Maximise the odds in your favour.

A good friend and very well-known, entrepreneur, when asked about this topic voiced “To me… being fat and a poor work ethic, are inseparable. Followed closely by lack of appreciation of the importance of perception.”

Someone with their career goals on the C-Suite can choose to defend their right to be overweight, or they can take a moral stance of not wishing to work for someone who doesn’t share their brand of morality. However, the more reasons you find for not considering a career route or opportunity will increasingly limit the number of options open to you. Career development is almost always about priorities.