So Manchester is getting its devolution. Great news. Another first for the UK’s second city.

As part of the deal, we also get a Mayor, our own ‘Boris’ to oversee Greater Manchester in a similar fashion to the remit the real Boris has overseeing Greater London.

I was asked to speak (to rant on a ‘Soapbox’) at the recent ‘Manchester Manifesto’ conference, hosted by Downtown in Business. This was my rant….

I’m a HeadHunter. I’m all about people. So who do we want for our Mayor? 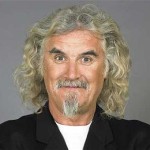 Anyone who saw Billy Connelly perform in the 1990s will remember his sketch about global cities pitching for the Olympics. He joked that amongst the World glamourous Capitals’ pitching teams there was ALWAYS a gaggle of plucky, over-weight, red-faced, sweaty, grey-suited, scruffy Councillors from Manchester. Everyone laughed, apart from those from Manchester for whom it hit a chord too close to home.

Fast forward to last Monday and the photo of George Osborne signing Greater Manchester’s devolution order. Stood behind George (and Sir Richard Leese) was the

We need a true Leader; and we need a personality. The Manchester Mayoral remit is different to London, but it is a big role and it needs a big personality with the ability to run a huge economy and it’s people.

2.7 million people live in Greater Manchester’s 493 sq miles, and almost 15% of the Great British population live within an hour’s commute. Greater Manchester has the 2nd largest GDP in the land at £69bn [Source: PPP (2012)], and is the ONLY UK economic region to see it’s GDP per capita grow at the same rate as London over the last 10 years.

Contrast that with our neighbouring economies. My homeland of West Yorkshire, a GDP of £53bn from it’s 2.1m population housed in 783sq miles; and the West Midlands, £62bn GDP from it’s Manchester rivaling 2.7m populous, housed in a densely populated 348 sq miles.

We need a unique, likeable figurehead with charisma and resolve. We need a Mancunian version of Boris…perhaps more-so, a Mancunian version of Rudi Guiliani or Michael Bloomberg. We need someone who is not just a politician. Rudi, Michael and Boris all have had a life connected with public service(s) but have also had successful careers outside of it.

need a communicator. Boris wouldn’t connect to Mancunians, but his ablity to connect to his people and his likability is what we need. Everyone deep down likes Boris, even Nick Clegg likes Boris, he famously said “Boris treats his politics like he treats his hair – he wants everyone to think that he doesn’t really care, but that couldn’t be further from the truth”.

We need a proven leader of a real business, a real organisation, not a career councilor or a career politician. We need someone who has credibility in leading a large organisation and has had to demonstrate tough decision making in favour of that organisation.

Last week’s story about an unnamed Manchester Councillor pushing for the criminalisation of the consumption of alcohol in pregnancy is a prime example of why we don’t want a built-up councillor as our mayor. Councillors already have a big day job to do, running their Council, none of which are run well as they could be. We need our Mayor (and our Councillors) to leave law to the law-makers and focus on their jobs.

The Mayor will unfortunately, inevitably be a political leader and a politically supported figurehead. Only those with major political backing have the resource and the knowledge of the electoral system to gain the support and physical votes required to win a (so-called?) democratic election; But we need someone, like a Boris, who isn’t forced to tow a party line, and has the conviction to disagree with the party whip when it is at odds with their Mayoral responsibilities.

I saw Sir Richard Leese speak the morning after the Coalition was formally appointed into government in 2010. He is one of the very few councillors that has impressed me when speaking, despite his politics being very different from mine. When asked if his job had just become harder without his party in No.10, he replied that his job had just got a lot easier, as he was no longer at risk of having his party ‘pull rank’ and insist that he follow the party line – instead, he had free reign to ‘stick it on the government to get the best possible deal for Manchester’. The very fact that he has worked well with and been a vocal supporter (at times) of George Osborne, and been instrumental in getting the devolution is testament to his capabilities and position.

Sir Richard is one of the most impressive politicians I have ever had the fortune to meet. But even he admits that Party sometimes comes above City. Even he will take a jibe at what he sees is unfair and what makes his job harder (have you ever heard Sir Richard speak without a negative dig about the Coalition’s Economic policy/austerity measures, even when those actions have given our country the fastest growing Economy in the developed world?). We can’t afford that demeanour in a Mayor.

And yet, most of the Greater Manchester councils are already staking a claim that ‘all districts need to be properly represented’. A week in and we can see all mayoral decisions being lost in an army of committees, steering groups, red-tape and an obsession with total political-correctness and inclusion that usually results in no real decisions ever being taken. All named ‘front-runners’ are either current Councillors or former/failed MPs.

The City of Manchester rejected a Mayor 2 years ago, and rightly so. But Salford did get its Mayor…but it got another pensionable, former MP in the form of the now 64 yr old former Labour MP, Ian Stewart. He was appointed and swiftly ousted the much-lauded Council CEO, Barbara Spicer under claims of cost cutting….before he then hired a Deputy Mayor, THIRTEEN assistant Mayors AND a Head of Communications. Has Salford become a more progressive, successful city after Ian’s appointment? I couldn’t find a single person that thought so.

Above all, we need someone who is inspirational and sends out a consistently positive message. Contrast that with just about every councillor you have heard speak. They sound dour, filled with complaints and most importantly, finding fault in something someone else has done.

Liverpool’s Mayor, former Councillor Joe Anderson immediately criticised the devolution saying “Manchester and many of our other great northern cities have been absolutely battered by the government’s austerity measures and cuts. Whatever they’re giving back to the region with this plan is nothing compared to what they are taking away. This government has taken a house off you and is now giving you a shed to live in.”

Even Manchester’s own recently elected PCC, another pensionable-age, former MP,

Tony Lloyd has used the majority of his speeches to complain and deride his opposing political party, right from his appointment speech where he directly blamed David Cameron “…and those around him” for the low voter turn-out that saw him elected.

Top-Class business leaders on the other hand are VERY different. They breathe inspiration and motivation. They talk solutions not problems. They have climbed to their rank through huge effort, commitment and typically through massive personal risk, always without a (publically funded) safety net. We need that vision, that energy, that desire for positive disruption.

Manchester is an amazing place. As Benjamin Disraeli was quoted as saying in the early 19th Century saying “What Manchester does today, the rest of the world does tomorrow. The age of ruins is past … Have you seen Manchester?”

Manchester gave birth to the Industrial Revolution through the mechanization brought by ‘Cottonopolis’ and the Trade Union movement. It built the first passenger Railway, the first Omnibus service, the first industrial Canal. It was the site of the first Industrial Park and saw the birth of the Computer and the Internet. Even today, Manchester leads in so many ways…Media, Science, Football, Culture, Business.

Equally importantly it bounces back from disaster – the decline of Cotton/Textile trades leading to the 1930s depression; the huge damage during the war (ironically caused due to the great success of the locally named Lancaster Bomber, built by Avro in Manchester) and more recently the IRA bomb in 1996 – still the largest terrorist act on the British mainland.

The people of Manchester are the region’s greatest asset, and thus it is the connection with and leadership of those same people that becomes paramount in the appointment of the Mayor. What any mayoral candidate has done and can do is important, but who they are is even more. As a headhunter I live and breathe chemistry fit. We need the right chemistry fit here.

This opportunity could be as historic a milestone in Manchester’s history as anything mentioned above…..or just become another Billy Connelly sketch on his 2017 tour.
What do YOU want to see in a Manchester Mayor?

As a final sense check…I asked a selection of Manchester’s Business Leaders what they want to see in a Mayor:

25 Comments on “Manchester Mayor: Please, Not Another B****y Councillor”